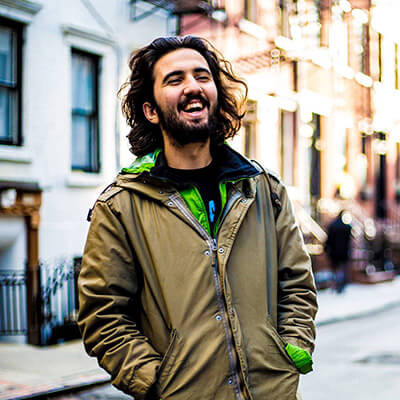 Caetano is a New Yorker son of a Uruguayan and a Lebanese. Despite growing up in a hotel in Mexico and living in Spain, Honduras and the Netherlands, his favorite city is NYC, the only place where he feels that despite standing still one continues to travel.

Having already completed hundreds of tours in English and Spanish since 2015, Caetano continues to share its passion for understanding and detailing all the positive and negative aspects of its city to explain how together they form a city as inspiring, competitive, innovative and fun as New York. 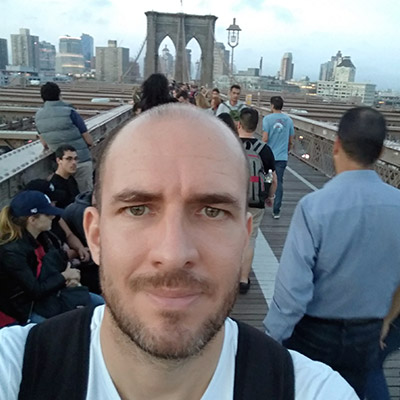 Daniel Sanchez Pearson began traveling from a veeeery young age, as his mother went to his native England to give birth, so that before he was born he had already taken his first plane! His first trip to New York was in January 2002, months after 9/11, so he soaked up the entire post-apocalypse of that tragic event.

Since then, he has traveled almost every year to the Big Apple, alternating these trips with other major capitals of the world. In the last 4 years he has made numbery trips to the United States to absorb American culture: Miami, San Francisco, Los Angeles, Philadelphia or Washington are some of the last cities he has visited.

Passionate about squash, zombie series, aliens and invasions of beings of the future, Dani is a guide that won't leave you impassive! 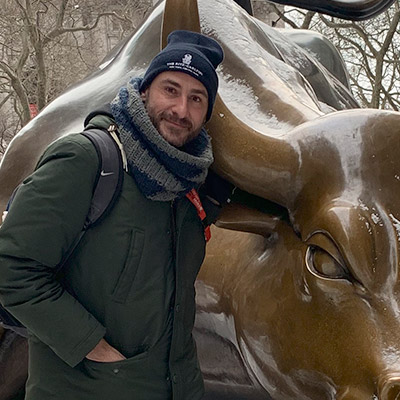 Felipe Palencias is a Spaniard born in Madrid and with both Andalusian and Madrid roots, who currently works in New York as a tour guide. With university studies in History, Telecommunications and Electronics, she has been traveling all over the world due to her former profession of military aircraft mechanic, which she practiced for 17 years, as well as Road Manager at events throughout Europe, a profession she left out of love because of her marriage to an American citizen, who is her current husband.

On his travels around the world he has been on 5 continents. He has his current residence in New York and works there as a bilingual guide in Spanish and English. He specializes in Broadway shows as he attends all billboard premieres. Likewise, he has great interest in the museums of the city and cultural activities, having acquired great knowledge of everything that takes place in the Big Apple.