Trip to New York from 24th to 31st January

Hyatt Place New York City/Times Square features air-conditioned rooms with satellite flat-screen TV in the Hell's Kitchen district of New York. It features a restaurant, a 24-hour front desk, room service and free WiFi throughout the property. Other facilities offered at the property include a shared lounge and an ATM.

At the guesthouse, the rooms have a closet. All rooms are equipped with a private bathroom with a shower, a hairdryer and free toiletries. A refrigerator is also included.

A business center and vending machines with drinks and snacks are available on site.

This is our guests' favorite part of New York City, according to independent reviews. 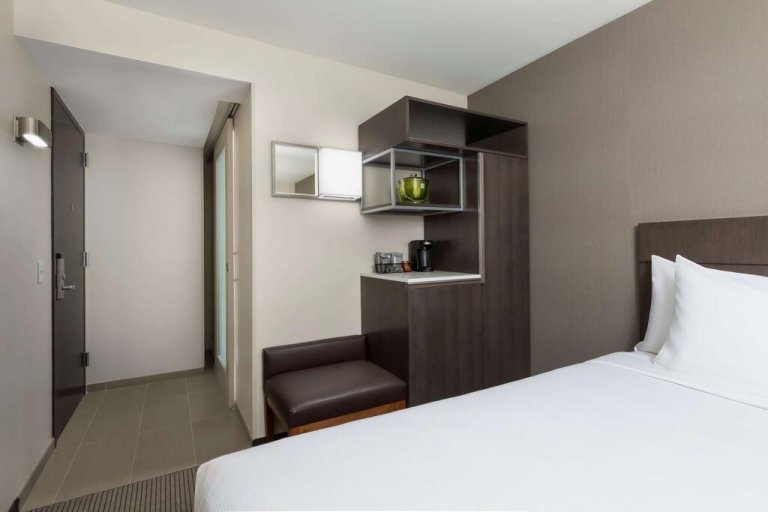 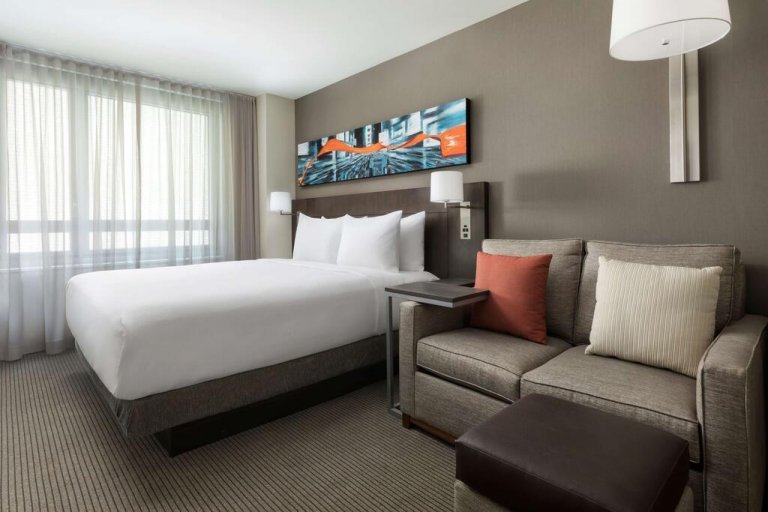 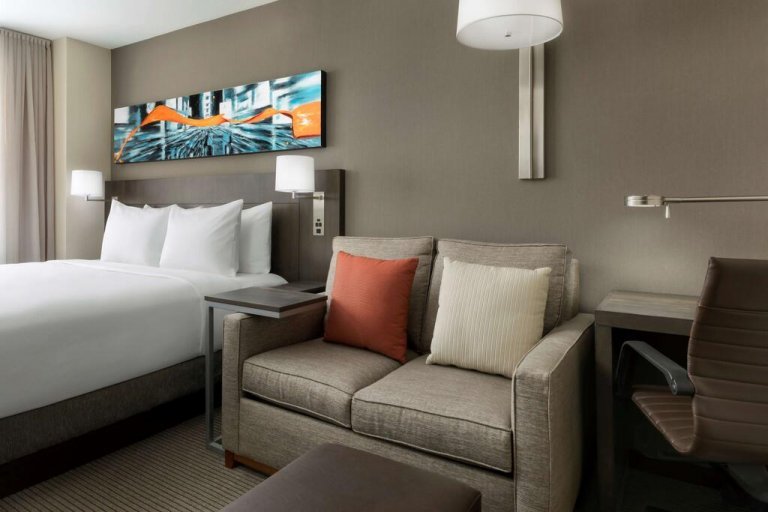 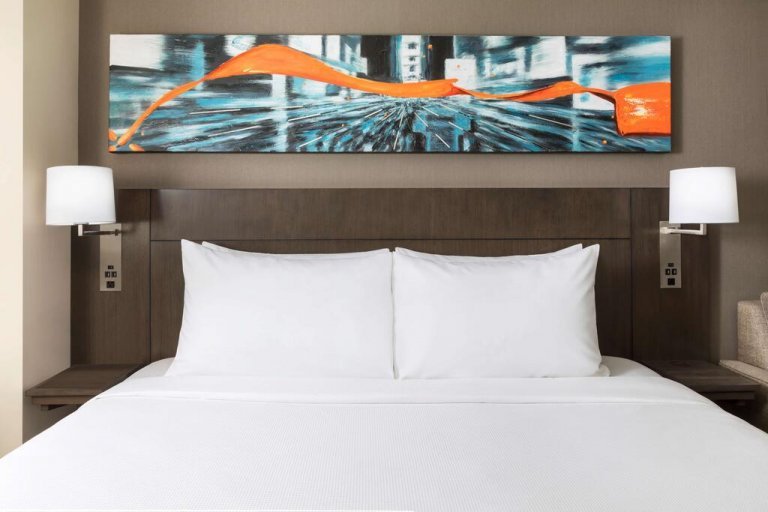 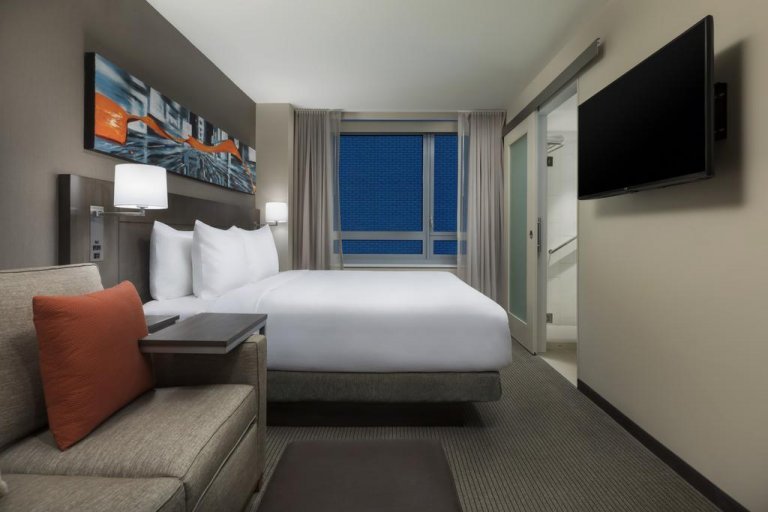 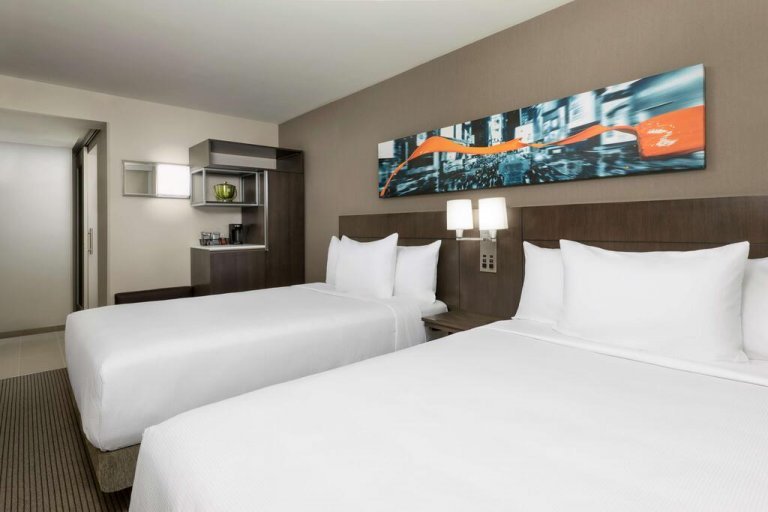 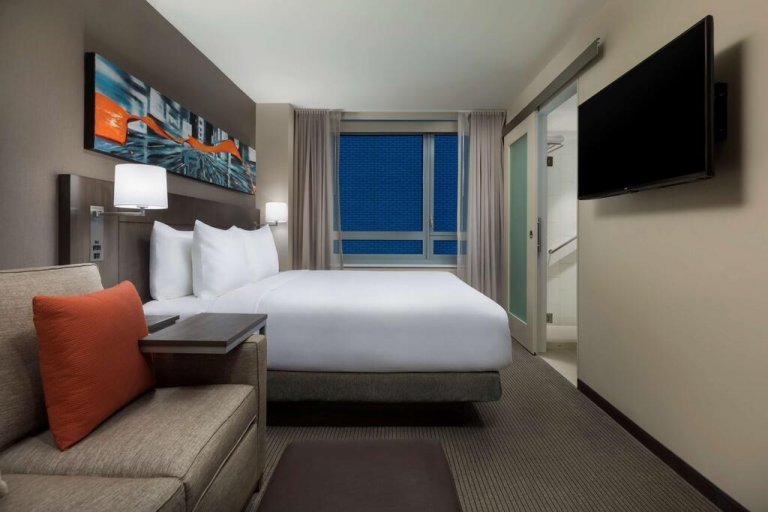 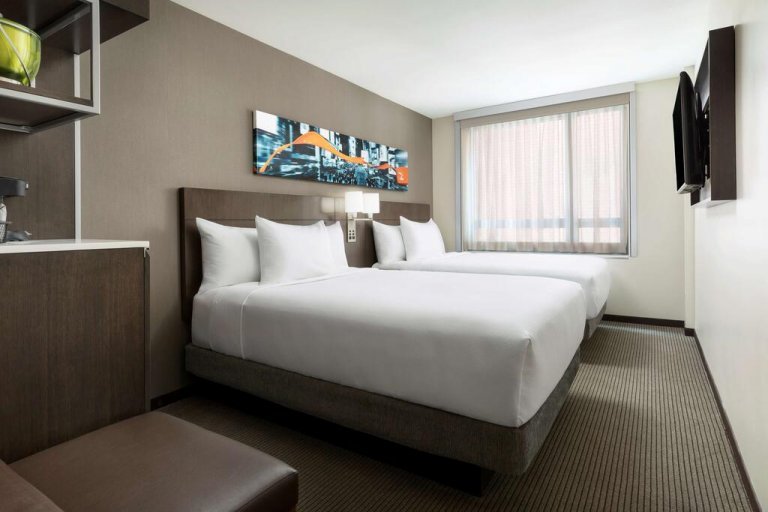 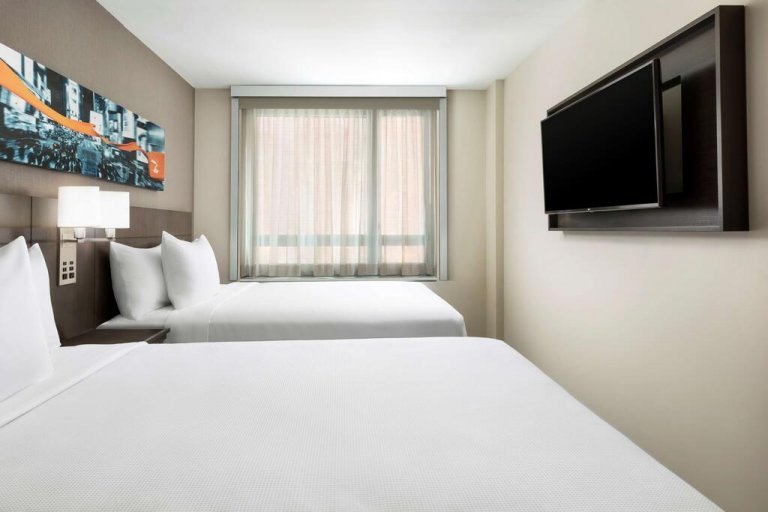 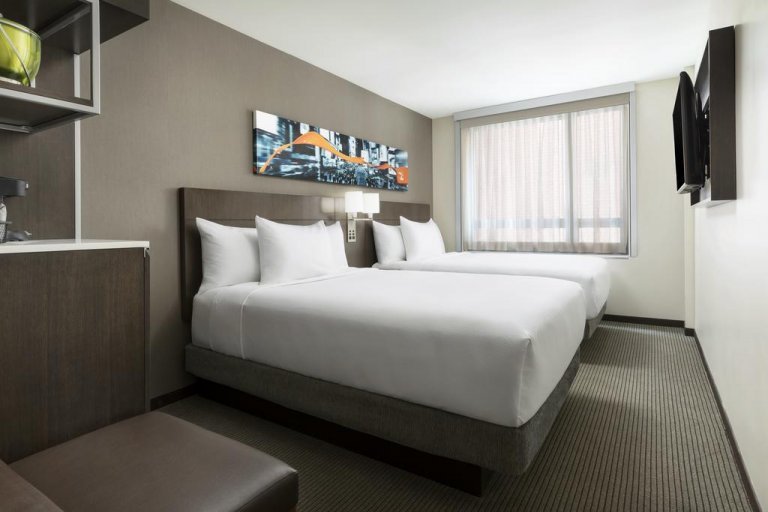 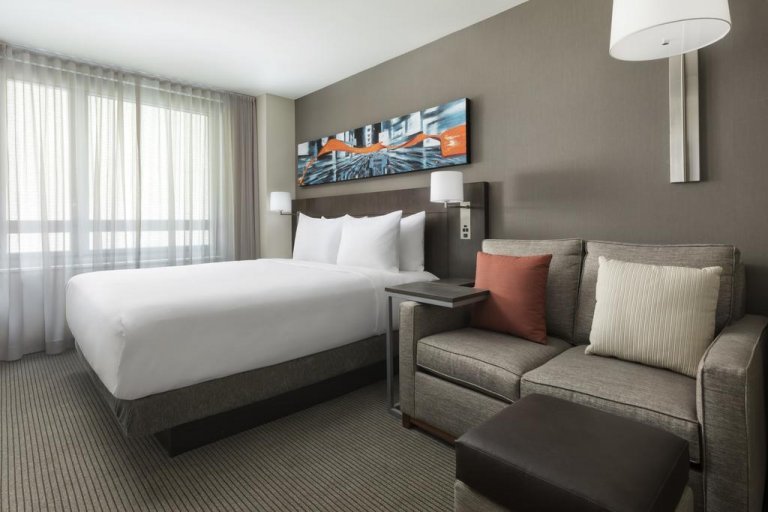 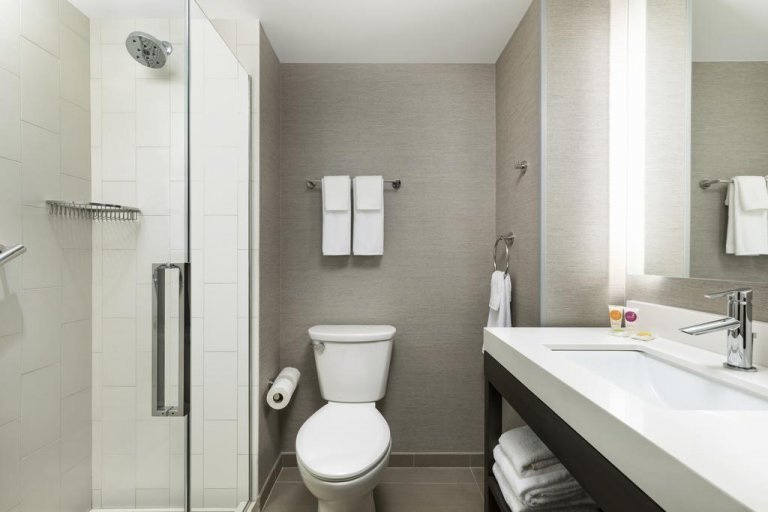 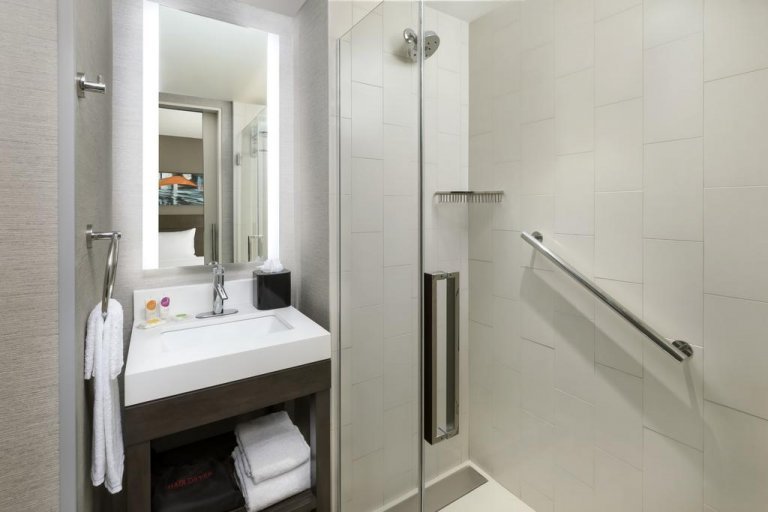 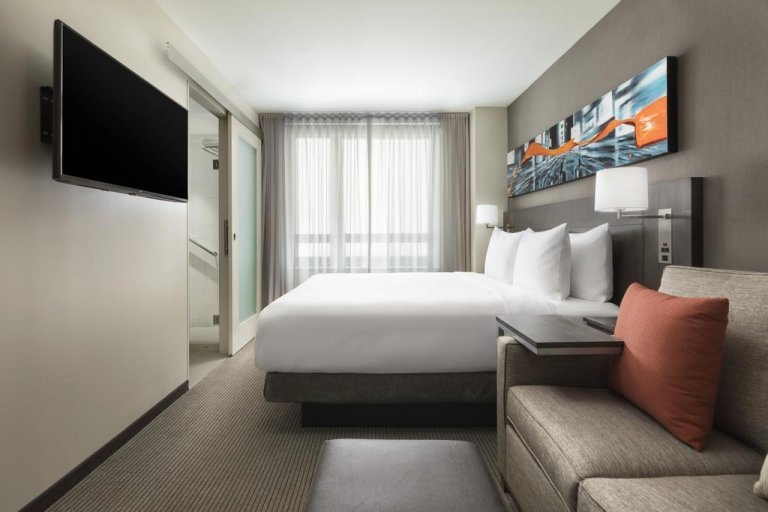 What is a Gospel Mass

A Gospel Mass is a royal religious office, where music and prayer merge through chants. Gospel music emerged from African-American evangelical Protestant churches, but its popularity increased from 1930.

New York, a city of contrasts, is home to different races, cultures and of course religions. Evangelicals or Baptists are the ones who celebrate Mass in such a spectacular way, although we can also find gospel choirs in Catholic parishes.

The Gospel Mass follows a liturgy similar to any other Mass: the pastor of the church is in charge of guiding the community through the Gospel, prayer and communion, trying to link the everyday with the spiritual. The intervention of the gospel choir makes the atmosphere a question between emotion, joy, feast and gathering or that those energies are present simultaneously, which make it a very moving Mass.

Where can we see a Gospel Mass?

It's quite common on trips to New York to go see a gospel mass. In the Big Apple there are several churches you can attend, we invite you to live the experience in the Brooklyn neighborhood. Churches have various services on Sundays and tourists are welcomed as one more member of the community.

A Brief History of the Gospel

Gospel music is born of the spiritual blacks, a music inspired by the suffering of African slaves, who were brought to the United States from Africa, as many of the blacksmiths used the Protestant faith in any of its forms, only to keep their slaves ("the meek inherited the earth") to keep their slaves submissive.

This religious music created in African-American evangelical Protestant churches in the 17th century, began to gain popularity really from 1,930. Its name derives from the word godspel meaning "word of God" and refers to the gospel. This way of singing was called gospel, as it was an evangelical song to invite people to God.  His lyrics now concern Christian life and values, although, in their origins, spiritual ones spoke of slavery, suffering and oppression in terms as spiritual as they are worldly. From his popularization the content of the lyrics came closer to Christian experiences from a more personal and everyday perspective.

Gospel music is characterized by the use of choirs and the harmony in which voices can be heard together. But, in addition, the typical music of the Gospel Mass has many subgenres: the traditional gospel, the Southern, the black... yes, the black gospel, as the strong black-and-white divide in the United States has kept both branches apart and although it was never absolute, this separation has declined considerably over the past 50 years.

There are currently several subgenres called gospels. Here are the different types we can find in the different churches in the United States:

Traditional Gospel: it is found in most African-American churches in the country and has rhythms fast and very cheerful.

Gospel blues: This gospel is based, as the name implies, on blues rhythms.

Southern Gospel: The highlight is its training by men where there is a leader, a tenor, a baritone and a bass. He often speaks of day-to-day problems and how God helps cope.

Black Gospel: It is a fairly original and less conservative gospel as it mixes tradition with some styles such as rock or funk.

What are we going to do at a Gospel Mass?

Gospel Mass is an inescapable part of our New York travel plan. It's a real religious celebration, even if it's a mind-blowing spectacle. The community of parishioners who frequent it will listen and share the word of God. During the religious office the pastor and choir alternate, in charge of directing the chants, although everyone can participate in them; so the best thing we can do is enjoy the voices and if we come upstairs accompany the rhythm by slapping.

In some churches allow photography during the trade (in our particular case, they do not allow either photography or video, since the choir has won several Grammys and recorded more than 30 albums, so we would be violating copyright laws) and in recent years the attendance of tourists to masses has been normalized, we are usually very well received and are aware that the tourist community also has much to contribute. Above all, economically. It should be noted that masses are free, but it is fair and necessary to collaborate in the collection of it, and I am sure you do so gladly after witnessing the ceremony.

Why go to a Gospel Mass?

In New York there are a lot of interesting and curious activities to do. Attending gospel mass is one of them. It's an experience that's going to impress you regardless of whether you profess a religion or not. It is a very intense experience, it is something very personal and universal in equal parts. The music, staging, fervor and closeness of parishioners make it extremely exciting. Don't miss it!